Make a Difference in the Lives of Others.
Join Volunteer

The American Legion was chartered by congress in 1919 and is the largest veteran’s organization in the world.

The American Legion consists of 55 Departments which include the 50 United States, the District of Columbia, France, Puerto Rico, Mexico, and the Philippines and has more than 14,000 Posts and more than 2.4 million members.

The American Legion is an organization of veterans helping veterans, families, and communities.

Programs Within The American Legion The mission of the American Legion Auxiliary is to support the American Legion and to honor the sacrifice of those who serve by enhancing the lives of our veterans, military, and their families, both at home and abroad. For God and Country, we advocate for veterans, educate our citizens, mentor youth, and promote patriotism, good citizenship, peace and security. Sons of The American Legion American Legion Riders chapters are well known for their charitable work, which has raised hundreds of thousands of dollars for local children’s hospitals, schools, veteran’s homes, severely wounded service members and scholarships. Since 2006, Riders nationwide have participated in the Legion Legacy Run, to annually raise money for the Legacy Scholarship Fund, established to provide scholarships to children of U.S. military personnel killed since Sept. 11, 2001. 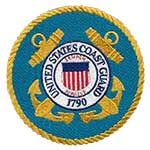 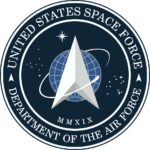 To be eligible for membership in The American Legion, you must have served at least one day of federal active duty in the United States Armed Forces since December 7, 1941 and was honorably discharged or are still serving honorably.

American Legion Post 46 meets the first Thursday of each month at 6 pm at the Franklin Memorial United Methodist Church, 1112 Arendell St. Morehead City (parking in the back). Doors open at 5:30pm for social and snacks.

Please visit the Veteran Crisis Line to learn more about how to identify someone in crisis and how to help.